I would like you to read sister Sumaya’s (name changed) story. Read about her duas during Ramadhan, were they fulfilled? How did she react?

My first Ramadhan, I was studying at Uni and working part time. The days were hot and long! Everyone around me was munching and drinking.

But Allah swt made it easy for me. Like a mental transition. Like something washes over, maybe the rules of Islam (so many as a new revert!) I knew I just had to obey, and I think that’s why Allah swt gave me the sabr.

So, I coped with the not eating. Work and Uni was fine. I remember my friends at Uni, very innocently say “Eat a bit, I won’t tell anyone!”

My mum knew I was Muslim, but my dad didn’t. It was very hidden; it was agonising that my mum knew but dad didn’t.

My mum the detective (I did purposely leave clues in the house like a pray mat), found out I was fasting through a closed milk bottle when I claimed I had cereal!  I was afraid and anxious of dad finding out, my stomach was in knots, but mum made it a little easier. Alhamdulilah she was my mercy at the time even though I knew there was a thunder on its way.

My dad was the ‘big cookie’. Mum was soft. I couldn’t tell dad, I was too afraid. I wanted to know more about the deen ready to answer his questions, but also emotionally ready. When dad did find out he strangled me, on a day I was fasting, til I passed out on the ground. I refused to be thrown out my house as he demanded.

Every time I opened my fast, I made dua that my dad wouldn’t blow up. Yet he did. But I felt like I was under Allah’s wing. It is not what I prayed for or hoped for, but I still had enough trust in Allah that it would still work, and this is part of the bigger picture. My duas where so thorough but what happened was the opposite of what I prayed for, I knew it had to be Allah’s mercy, His plan would be better than mine.

Later due to the reaction of my dad finding out and subsequent events I was forced to move out, I happily married and had children. My mum left my abusive dad and became Muslim herself, just over ten years later.

I learnt to submit to the will of Allah. Even though it looked like Allah gave me the opposite of what I made dua especially during Ramadhan, I learnt to ride it out and trust that this was is better. Years down the line you will realise the benefits of why it played out the way it did.

Often we say from the lips “Allah swt is the best of planners”, then when we feel our duas are not answered or we are tested in the thing we made dua for; we crumble and say “Allah swt is punishing me”, “I am a bad Muslim”, “Why me?”, “I am not good enough”. 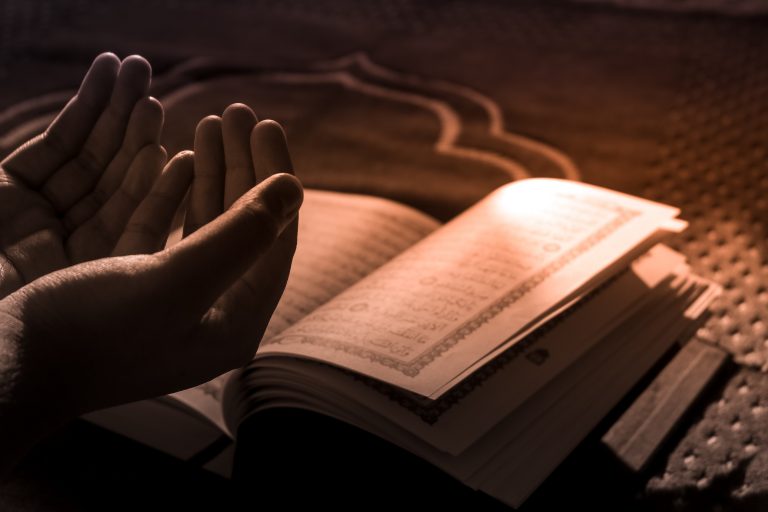 As Ramadhan comes to an end and you remember the duas you pleaded for, as life continues and trials continue; remember that the duas you made are heard by your Lord, they will be answered by His infinite wisdom, you only need to put your trust in His plan. Duas are answered in 3 ways, I will give a very brief summary, but I strongly advise you learn in more depth inshaAllah;

1.    You ask for something and Allah gives it to you immediately. Be grateful.

2.    You ask for something and Allah delays in giving it. Be patient. Allah swt may do this to bring you closer to Him. Be sincere and reflective.

3.    Allah will withhold giving you what you ask for if it is bad for you, but you don’t realise, or He will give you something better on the day of Judgement. Don’t panic. Like Sumaya, look at the situation from a different perspective and know Allah swt is the best of planners.

Be positive about your Lord, ‘I am what my servant thinks of me.’ (Qudsi hadith). Remember the story of our sister Sumaya, who was only in her first months of being Muslim SubhaanAllah. Her knowledge of who Allah swt is, allowed her to overcome a test many reverts and non-reverts face.

I ask you keep struggling reverts in your duas, I ask this Eid you open your homes to those Muslims that are on their own and I ask you make dua for the ummah.

On that note (another essay instead of short blog!) have an amazing Eid, don’t forget the sunnah – the best gatherings and feasts are where the poor are also fed!